Foreword by
HM Chief Inspector of Prisons for Scotland 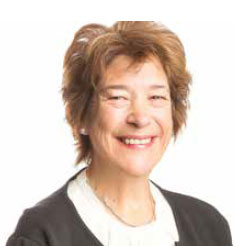 As HM Chief Inspector of Prisons for Scotland (HMCIPS) I have much pleasure in presenting my first Annual Report to the Scottish Parliament.

In supporting the work of the National Preventative Mechanism (NPM), Her Majesty’s Inspectorate of Prisons for Scotland (HMIPS) completed four full prison inspections, two return visit inspections and five Court Custody Unit (CCU) inspections. In addition, we completed two thematic reviews; a Review of Home Detention Curfew (HDC) Processes within the Scottish Prison Service (SPS) and a subsequent Progress Review of the Recommendations made, and the Expert Review of Mental Health Services for Young People in HMP YOI Polmont.

In our inspection reports we have detailed many examples of good and at times outstanding or innovative practice. In this report, I have mentioned some of the areas that merit positive praise as well as raising some ongoing and more pressing concerns.

On 31 March 2019, there were 8,122 people detained in Scotland’s prisons. Compared with the 1 April 2018 figure of 7,413, this represents an increase of 709, almost 9%, in the overall number of people in prison in Scotland over the last year; equivalent to one additional large prison.

Scotland’s incarceration rate is one of the highest in Europe. A high proportion of remand prisoners, despite being involuntarily incarcerated, do not routinely access the available opportunities that could inhibit future criminogenic behaviour. The culture change required to address this lost opportunity has been highlighted in many of our inspection reports.

The additional number of prisoners and an increasingly complex population places a heavy burden on an already overstretched prison service in Scotland. I am very concerned that the number of prisoners is starting to exceed design capacity, resulting in not only additional pressures on staff, the prison regime and activities, but also on the essential programme and throughcare activities designed to reduce recidivism.

The overcrowding pressures experienced in 2007 led to the then HM Chief Inspector, Andrew McLellan, listing the nine evils of overcrowding[1]. My Inspectors and Independent Prison Monitoring Teams are starting to observe similar adverse impacts from overcrowding; staff having less time to deal with individuals, two people sharing cells that have been designed for single occupancy, prisoners being located further away from home, and an inevitable increase in the waiting list for offender behaviour programmes.

The sharp rise in population can be attributed to a variety of reasons including longer sentences for the most serious of crimes, a rise in the number of people being convicted of sexual offences, and more serious and organised crime being successfully prosecuted. Other factors include the reduction of prisoners being released on HDC, very few prisoners subject to an Order for Lifelong Restriction achieving parole, and a legislative change that halted automatic early release for people serving long-term sentences.

All of these factors are likely to continue to place pressure on the size of the prison population for some time to come. The stark contrast between Andrew McLellan’s Annual Report and today is that unlike in 2007 there is no anticipated relief from additional new capacity coming on stream.

The financial pressures currently facing the SPS are also immense; with the SPS being obliged to purchase places, at significant additional cost, in the two privately run prisons in Scotland, HMP Addiewell and HMP Kilmarnock, that will inevitably impact adversely on other planned investments.

Conversely, I am pleasantly reassured to see that levels of violence, self-harm and prison suicide, although rising, have not risen as drastically as they did under similar conditions in the English prison service. I have been impressed by the SPS’ efforts to manage the additional population safely, and it is reassuring to note that in all of our prison inspections, and return visit inspections in this reporting year, staff and prisoners regularly reported feeling safe.

I am also delighted that many of my suggestions for improvement have been accepted and are either in place or under development. Two excellent examples to highlight are the introduction of improved discharge grants for young people under 18, and the anticipated pilot of in-cell telephony at HMP YOI Polmont.

I very much welcome the Scottish Government’s recent publication of an order to extend the presumption against short prison sentences from the current three months to 12 months. I remain concerned, however, that it may not be enough to bring the prison population back in line with design capacity, and that planned investment in key infrastructure must not be delayed. While the very significant investment made in relatively recent years in new facilities at HMP Low Moss and HMP YOI Grampian is greatly welcomed, there remains an urgent need to progress development of a replacement for HMPs Barlinnie, Greenock and Inverness. In a 21st century justice system, Victorian prisons are costly and no longer fit-for-purpose.

The work to redevelop the women’s estate into a combination of Community Custody Units and a centralised state-of-the-art facility is a positive step forward, but it remains to be seen whether, without further changes in approaches to sentencing, there is sufficient capacity for the almost 400 women currently in prison.

One of the key factors affecting the atmosphere in a prison is the quality of relationships between prisoners and those who work in prison and CCUs. I continue to be hugely impressed with the commitment of staff and their ability to care for and protect prisoners, a substantial proportion of whom are vulnerable. We know, too, that some may pose a serious danger to themselves or others. Throughout the year, I have seen or heard of many examples when staff have engaged constructively with prisoners, in order to support them through their court appearance, their time in prison, and in preparation for their return to the community. I have also heard examples of the compassion and care shown by staff in responding to emergencies such as suspected drug overdoses or self‑harm.

The fact that, despite the intense SPS security activities, drugs are still being brought into our prisons is of course deeply concerning. This should not detract, however, from recognising the selfless and sometimes heroic efforts made by staff to intervene when the lives of those in their care appear at risk.

I hold in high regard the volunteer Independent Prison Monitors (IPMs) who, on a weekly basis, monitor the conditions and treatment of people in every prison across Scotland. I am clear that the regular monitoring of prisons by IPMs and the professional inspecting of prisons by inspectors, make a significant contribution to improving the treatment and conditions for people in prison.

As a country, we can take pride in how our prisons are run. Nevertheless, we must remain vigilant to the risks posed by continued overcrowding as there is currently no clear timetable for relief.

Finally, I would like to take this opportunity to thank all those who contributed to the work of HMIPS during 2018‑19, with a particular thanks to all our Guest Inspectors from our key partner agencies who assisted us on our inspections, and of course to the SPS for their continued support and transparency.

2018‑19 has been an exceptionally busy year for HMIPS and I look forward to the challenges and tasks ahead in 2019‑20, and building on the good and strong relationships HMIPS have with our key partner agencies, stakeholders and Third Sector organisations.

The purpose of HMIPS is to inspect and monitor the treatment and conditions for prisoners in Scotland, in prisons, court custody units, and GeoAmey prisoner transport vehicles, and to report publicly on our findings. HMIPS is independent of the SPS, the SCTS, and the Scottish Government, allowing us to report our findings impartially.

HMIPS inspect and monitor prisons against a set of predefined Standards for Inspecting and Monitoring Prisons in Scotland, developed in conjunction with the Scottish Human Rights Commission (SHRC), and first published in March 2015, with a further refinement in May 2018 to ensure that they continue to express, as clearly as possible, our expectations under each of the Standards.

The information that we gather from both the inspections and IPM visits allows us to obtain both a breadth and depth of perspective. Every effort is made to ensure that our assessments are fair, balanced, and accurate before reporting.

The lived experience of those in prison lies at the heart of our inspection and monitoring process. The revised quality indicators that were published in May 2018 placed the human rights approach explicitly at the core of all monitoring and inspecting activities.

Our programme of regular inspections is informed by an assessment of risk and requirement. We undertake return visits where areas of concern are raised during inspection, supplemented by our routine ongoing monitoring by IPMs.

The United Kingdom is a signatory to the United Nations Optional Protocol to the Convention against Torture and other Cruel, Inhuman or Degrading Treatment or Punishment (OPCAT). HMIPS is one of 21 bodies that comprise the UKs NPM, which has a duty to regularly monitor the treatment of detainees and the conditions in which they are held.

Independent Review of the Handling of Deaths in Scottish Prisons

Independent Review of the Handling of Deaths in...

REPORT BY THE COUNCIL OF EUROPE COMMITTEE FOR THE PREVENTION OF...

HMIPS RESPONDS TO REPORT BY THE COUNCIL OF EUROPE...

Publication of University of Dundee report: A Vision for Social Care...

Publication of University of Dundee report: A...