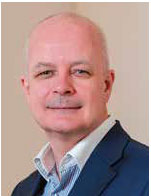 IPMAG provides oversight of the effectiveness of Independent Prison Monitoring in Scotland and the training and guidance available to IPMs, and makes recommendations for improvement.

It brings together IPM representatives, the HMIPS Prison Monitoring Co-ordinators, and a number of external experts in prisons, health and human rights to advise on prison monitoring in Scotland.

In addition, HMCIPS is a member of the IPMAG, along with the HMIPS Prison Monitoring Co-ordinators. A representative from the Scottish Government’s Justice Directorate is also invited to each meeting as an observer.

During the 2018-19 reporting year Beth McMaster, former National Prison Monitoring Co-ordinator, moved on from her role within the Inspectorate, and two of the group’s external experts, Deputy Chair Anne Hawkins, together with Professor Richard Sparks, stood down, each having served three years on IPMAG. I am grateful to Beth, Anne and Richard for their invaluable assistance in establishing oversight of prison monitoring in Scotland.

The IPMAG met on four occasions during 2018-19. They focussed on:

2018-19 was the third full year of the operation of Independent Prison Monitoring, the responsibility of HMCIPS since August 2015, with over 120 IPMs ensuring that every prison in Scotland was visited each week to monitor the conditions and treatment in prison, through observing practice, and responding to prisoners’ requests for assistance. During this time, IPMs volunteered over 5,000 hours of their time monitoring Scotland’s prisons on 917 occasions and dealing with more than 900 requests from prisoners.

IPMs’ findings were communicated regularly to prison Governors and Directors throughout 2018-19. Annual monitoring reports relating to each prison can be found at Annex A of this report.

Over 900 requests were received from prisoners across Scotland. The top four categories of requests accounted for 53% of the total number received, and were categorised under the headings medical (189), prison regime (52), transfer (39) and visits (37). The remaining number of requests for each category were small.

From our analysis, one of the major dissatisfactions under the medical category related to the non-standard prescribing practices across the healthcare providers. HMIPS will welcome the national formulary coming into fruition to reduce this apparent tension. Access to appointments and advocacy were also frequent requests under this category. Dissatisfaction and concerns with progression, access to activities, and offending behaviour programmes match the findings in inspections.

We are concerned that prisoners may see IPMs as an alternative route to expedite their complaints. HMIPS will continue to reaffirm that the legislative role is to examine the conditions in prison and the treatment of prisoners via requests and observations, and not to intervene in the complaints process.

We have been encouraged to see improvements being implemented as establishments respond positively to the observations and findings of IPMs. Some of these changes have related to the circumstances of individual prisoners, while others have led to improvements in processes affecting the wider population in the prison.

HMIPS have been grateful for the consistent co-operation and support shown by Governors and staff in every prison.

There are real benefits in having both inspecting and monitoring under the remit of HMIPS. This allows for information sharing, joint working, and a co-ordinated approach without in any way compromising the independence of the IPMs. We are grateful, too, to the IPMAG for their support in reviewing the operation of independent prison monitoring.

Independent Review of the Handling of Deaths in Scottish Prisons

Independent Review of the Handling of Deaths in...

REPORT BY THE COUNCIL OF EUROPE COMMITTEE FOR THE PREVENTION OF...

HMIPS RESPONDS TO REPORT BY THE COUNCIL OF EUROPE...

Publication of University of Dundee report: A Vision for Social Care...

Publication of University of Dundee report: A...