Overview by HM Chief Inspector of Prisons for Scotland (HMCIPS) 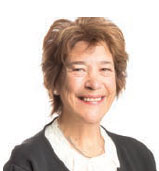 HMP YOI Grampian opened in March 2014, as one of the newest of the fifteen prisons in Scotland; an attractive modern and spacious building, benefiting from good levels of natural light and thoughtful colourful design elements throughout.  Worthy of note was the layout and design of Banff Hall, which housed female prisoners, and includes the pleasant mother and baby cells.

Designed to be a “community facing prison”, to accommodate all offenders from the north of Scotland, an occurrence of serious disorder in 2014 resulted in the removal of the male young offenders and the closure of one of the smaller halls, Cruden.  It was disappointing but understandable, given the difficulties of staff recruitment, that some of the highest quality of prison estate in Scotland continues to lie empty.

The inspection team found an establishment that had matured, and despite a small number of significant incidents in 2018, was largely calm and purposeful with emerging signs of stability and progress.  Overall, most prisoners told inspectors that they felt safe in HMP YOI Grampian; staff were respectful and courteous in their dealings with prisoners and there was evidence of positive engagement.  However, some prisoners reported that they felt intimidated because of verbal abuse from other prisoners and there were mixed views on staff perceptions of safety.  Staff shortages clearly influenced their confidence.

The staff cultures of two prisons, HMP Aberdeen and HMP Peterhead, had been integrated, and the consequent staff group were supportive of each other and had a ‘can-do’ culture despite very challenging circumstances.  This had taken significant effort on the part of the whole team and reflected consistent strong senior leadership.

However, the serious staff shortage issues preclude moving from a steady state to a developmental agenda.  Significant risk issues emerged and were escalated during the inspection in the operational running and stability of Ellon Hall, where the majority of prisoners were held.  In reality, almost all areas of the prison were negatively impacted by staffing shortages, even where significant efforts had been made to protect consistency in key roles and ensure management oversight.  Predictable regime delivery, activity access, personal officer support for progression, and time out of cell are critical components to good order and discipline.  These were at risk with the current staffing issues; the establishment stability should be considered as fragile.

The need to focus on core functions essential to the smooth running of the prison, and the challenges posed by long-term staffing shortages was understandable.  However, there may be opportunities for better utilisation of management resource as the prison moves further into the developmental phase of organisational change.

Continued co-operative working with the SPS Headquarters to find new solutions to staffing difficulties, and maintaining funding for partner organisations will be critical for lasting safety and security.

Rule 23 of the United Nations Standard Rules for the Treatment of Prisoners (the Mandela Rules) states that every prisoner who is not employed in outdoor work shall have at least one hour of suitable exercise in the open air daily, if the weather permits.  A similar recommendation has been provided by the CPT during their visits to the UK “steps should be taken to ensure that prisoners are guaranteed the basic requirement of at least one hour of outdoor exercise per day.”  Non-offence protection prisoners were not routinely afforded this basic right, and in common with offence-protection prisoners, to reach exercise areas, they had to walk through residential areas housing mainstream prisoners and suffered routine verbal abuse.  The lack of opportunity posed by staffing shortages to use Cruden Hall to further develop and simplify the regime and population management should remain a priority.

Community and partnership supports were positive, purposeful and linked to pockets of innovative practice across a wide range of disciplines in the establishment. Many of these partnerships complement the core provision, provide an enriched regime and were worthy of commendation and replication.  I was particularly impressed with the range of good practice, partnership links, and initiatives to achieve changed outcomes e.g. Street Sport, Community work, DVD on visiting HMP Grampian, bring your local MSP to the visit etc.

The inspection team were concerned that existing well-established and beneficial partner services, dependent on external funding, might be lost or eroded due to resource pressures.  For example, the excellent family centre at HMP YOI Grampian adjacent to the entrance of the prison was much valued by both visitors and staff, who frequently use the excellent café facilities.  The family centre offered information, support, advice and guidance to families, and their integrated working with community partners was an instance of good practice worthy of sharing.  This would be a huge loss if funding was withdrawn.

There were numerous examples of good practice in case management and HMP YOI Grampian are to be commended for their work.   Despite staffing shortages in the establishment, specialist case management posts had been protected to ensure continuity.  Case management staff demonstrated commitment and expertise and were supported by skilled senior management delivering an overall high quality service.  It proved impossible however to resource similar experienced, regular and consistent personal officer support despite staff best intentions.

The strongest area of performance in HMP YOI Grampian related to the preparation of prisoners for their successful return to the community.  Multi-agency, partnership working was central to the planning for the release of both short and long-term prisoners.  The case management process was effective and engaged a wide range of internal and external partners, with a clear commitment to supporting prisoners both before and after their release.

The Community Integration Unit (CIU) facilities, supported by the throughcare support officers (TSO) were excellent.  The TSO team deserve praise for their work in running the CIUs, developing positive relationships with the community, the judiciary and social work partners, whilst sourcing sound work placements.  With a purpose built design and committed and motivated staff, the unit presented a significant opportunity for broader life skills practice, inhibited only by the restrictions of national criteria.

Given HMP YOI Grampians obvious proficiency with case management and through care processes, their geographic location and positive relationships with community partners, there are opportunities to pilot a national remand throughcare process for SPS if adequately resourced.

Overall, there was a suitable and sufficient range of education, training and employment (ETE) activities, with examples of good practice and innovative partnerships delivered in an attractive and welcoming area.  The library was a well-resourced and busy facility, valued by prisoners for its popular organised activities, and the health point impressed inspectors.  Whilst there was a limited choice of ETE for women and protection prisoners, HMIPS were more concerned that there was an unacceptable level of regime opportunities available for prisoners on a non-offence protection regime.

The activities and spiritual needs of prisoners were fully catered for by a proactive chaplaincy team with an inclusive ethos and numerous examples of innovative service delivery.

The importance of supporting positive family relationships was recognised and considerable efforts were made to help prisoners to maintain good contact with a range of innovative practice including video links through the Apex Trust.

Within HMP YOI Grampian, it was noted that many of the challenges experienced by Aberdeenshire Health and Social Care Partnership (AHSCP) were a reflection of national themes experienced within many prisons across Scotland.  These included recruitment difficulties, inability to use electronic prescribing and the lack of a national formulary.  The staff were however still committed to delivering high quality healthcare, and inspectors found a number of examples of good practice with, in particular, the relationship between the Partnership and Public Health, the best the Health inspectors had seen.

It was encouraging to see that since our last visit in June 2018, the AHSCP had continued to progress with the Grampian Health and Wellbeing Programme Board, established to facilitate joint improvements to services in substance misuse, mental health and healthcare service delivery.

Substance use and the mental health delivery programmes had produced visible improvements and positive service developments.  However, inspectors were concerned to see that the healthcare service delivery project had not progressed at the same rate, and elements of primary care and pharmacy services remained poor. Identified significant risks in these areas were escalated during the inspection to both management teams in the NHS and the SPS.

One major concern for HMIPS was that nursing staff were unavailable to conduct a medical assessment of prisoners who were admitted to the establishment after 21:30.  Late arrival prisoners did not therefore receive the critical clinical reception screen to assess their withdrawal status, provide essential prescribed medication, assess their risk of self-harm or suicide and determine whether they were fit to be in custody.  Inspectors raised these and other issues with pharmacy as an immediate significant concern to both the AHSCP and the SPS.

Separate from the healthcare concerns, the admission processes within the establishment were very robust, with clear checks taking place regarding the legality of each prisoners warrant.  Staff demonstrated empathy when engaging with prisoners to ensure that they understood the reasons for them being sent to the establishment and the length of time they were likely to be there.

I am pleased to see the positive developments and initiatives that have been taken forward.  With 42 areas of identified good practice, this is a good platform to build on for the future.  However, the staffing crisis must remain as the critical focus for the SPS, and the escalated areas of concern in Ellon Hall and healthcare need to be urgently addressed by the SPS and the AHSCP.  I look forward to seeing these improvements progressed before our next inspection.

HMIPS will continue to monitor the progress in HMP YOI Grampian through the Independent Prison Monitors, and will return to HMP YOI Grampian late 2019 to review what progress has been made in healthcare and staffing.

UPDATE ON THE INDEPENDENT REVIEW INTO THE HANDLING OF DEATHS IN...

UPDATE ON THE INDEPENDENT REVIEW INTO THE...